How I Tune My C6th Lap Steel Guitar

You'll never sound good if your guitar is not accurately in tune. I have a method by which I tune my C6th that doesn't use a tuner, except for the high E note, because a tuner won't tune your guitar correctly. Interestingly, Lloyd Green came to the same approach on the E9th (Lloyd tunes everything by ear, except for the E note on string 4, then he goes from there). I do the same, tuning the 1st string on the C6th lap steel to E (440 HZ), and then I tune it all by ear.

It's just the nature of the steel guitar. I first tune my major C triad chord on strings 1, 2 and 4. Tune it until it sounds nice and crisp, as a major chord should. Then tune strings 2, 4 and 5, which is another C major chord. Again, tune it until it sounds nice and crisp, with bite. Get strings 5 and 6 to bite with a nice major chord sound. This leaves 2 strings left to tune, 6 and 3. The 3rd string is by far the hardest to tune. There's a couple ways to go about tuning it. I prefer to use a chord, since that is where I will first hear clearly if it is out of tune with the other strings.

I tune string 3 usually by using a minor chord (here's an MP3 sound clip of me tuning my C6th lap steel), and then check it with a diminished cord, since these are the chords I'll be playing on my guitar:

I tune the 3rd string until my diminished chords sound good to me. The 6th string is not so critical and is fairly easy to tune by ear. For some reason the 3rd string, an “a” note, can play tricks with your ears if you don't follow the method I have given you. My method is nice because you're actually tuning by the chords that you will be playing. I don't care what the tuner says, except for that high E string. If you use the tuner to set all your strings at 440, your guitar won't sound in tune, guaranteed. Here's the same MP3 clip that I made of me tuning a C6th lap steel, so you can hear what I am writing about. You'll hear the nice major “bite” that I'm talking about. You can hear me playing a few things that I use often while tuning up, to make sure everything sounds right.

Also, toward the end you can hear me leaving the low C on the 6th string a little flat. I do that on purpose, because the bar pressure actually raises the pitch slightly, so to compensate I generally tune the 6th string a little flat. I like using a low C for Hawaiian songs. I think it sounds nice, but it is much more sensitive to bar pressure, and as I mentioned, it will slightly raise your pitch when you place the bar over the strings.

Then again, I often retune my guitar to fit a certain rhythm track that is out of tune. To do so, I simply adjust the first note, high E, to the desired pitch, and then I follow my method to tune the rest of the guitar. Since I have been using this method for so long, I can tune my guitar in less than one minute. Accurate tuning is very important. In summary, I tune by using chords. It makes sense to me. If you have trouble hearing the chords, then basically you want to flatten your 1, 3, and 5 notes just a little bit. Tuning is in itself a science. Using different alloy strings will affect tuning. Opening a door and letting a cold draft into a building, or playing directly in the hot sun, will throw off your guitar's tuning. Keeping one's guitar in tune is a constant challenge, especially metal body guitars, but staying in tune is something that is a necessity if you are to sound great. ~By David J. Stewart

More On How to Tune the Lap Steel

I'd recommend starting out with the popular Hawaiian C6th tuning (bass to treble: C, E, G, A, C, E). One's different tunings are like a carpenter's various tools to get the job done. The C6th is like a Swiss Army knife, giving you a multi-tool all-in-one. There are many beautiful and heart-touching tunings, and you ought to spend some time within each of them to familiarize yourself with what's available; BUT you need to learn to play the C6th BY EAR, meaning, learn your scales so that if you can hum a song, you'll also be able to play it almost instantly.

I can play C6th by ear and jump in with any band, anywhere in any song, and play along well. This is because I know my C6th tuning well and where all my sounds are at. I know scales, chords, and progressions. It also depends on the type of music being played. I have many different styles of playing, which I use for different styles of music. I cannot play B11th or the other tunings by ear, but some players can. I decided to make C6th my primary tuning. I play B11th mostly from memorized songs, but am am now just starting to see the chord progressions on the B11th and it's a great tuning to learn.

To avoid confusion, I focus only on C6th for my scales. I have memorized how to play Moon of Manakoora on D9th and Sand on B11th, and Paradise Isle on F#m9th and Sweetnin' on A13th, and Girl from Ipanema on Bbdim9th (Bill Leavitt's tuning); but I don't play those tunings enough to justify learning all the scales. To each his own. I recommend sticking to the C6th, because it offers the most chord versatilities and possibilities on one neck.

Most guitar players who play regular acoustic or electric guitar use the standard tuning: E-A-D-G-B-E (from bass to treble strings). The lap steel does not commonly use this tuning. Albeit, a lap steel can be tuned to any tuning imaginable. Some popular tunings are C6th (bass to treble: C, E, G, A, C, E) and Dobro (G, B, D, G, B, D); but there are many, many other tunings with which lap steel players experiment.

Here's several Hawaiian songs you can learn. You don't have to read a note of music. These are simple tabs.

I use an electric needle tuner to find the 1st high note, an E; but then tune the rest of the guitar by ear. I've played C6th long enough to where I know exactly what strings come next, so I can literally tune it by ear. The key is to make sure that the 1st string (treble) string is tuning to a perfect E. Actually, I'll sometimes tune the 1st note E to a particular rhythm track that I'm playing along with, that may be off tune a bit. Once I get the 1st string to E (or whatever pitch sounds right), I then tune strings 2 and 4 to give me a crisp sounding major chord. Strings 1,2 and 4 are a major C open. Once that sounds right, I then play strings 5,4 and 2 listening for another major chord. Lastly, I tune my 6th string to a C# (which is what I usually use). Playing strings 6,5 and 3 gives me an A major chord. So that's how I tune my C6th lapsteel, all done with major chords.

The 3rd A note can be tricky to tune. I fine tune it by using a diminished chord on string 4,3,2. Nothing is worse than a steel guitar out of tune, accept a steel guitar player whose ears are out of tune. I have learned the hard way not to trust my ears after playing for an extended period of time. After a couple hours at the beach, everything sounds out of tune to me, but there's nothing wrong with the guitar. The blowing wind at the beach messes with my hearing. So I've learned to leave my guitar alone once I have it tuned, unless I absolutely know it has gone out of tune.

It's kind of like sitting down to eat a meal, everything tastes so great at the beginning; but after awhile your stomach starts to notice the saltiness, grease and unpleasantness of certain foods. Your ears will do the same thing to you. At first the music sounds awesome but after hearing it for a long time, you start to hear sour notes, a string seems out of tune, or you think your playing is horrible. So I've learned not to play as long for the sake of my ears, and also to just keep on playing even when my ears are telling me that something is out of tune. Nope, nothings out of tune, it's just my ears acting up as usual. If I stay late at the beach, once the sun goes down and the winds dissipate, my ears work just fine and that's when I do some of my best playing in the dark under a full-moon. It doesn't get any better than that my friend! ~By David J. Stewart 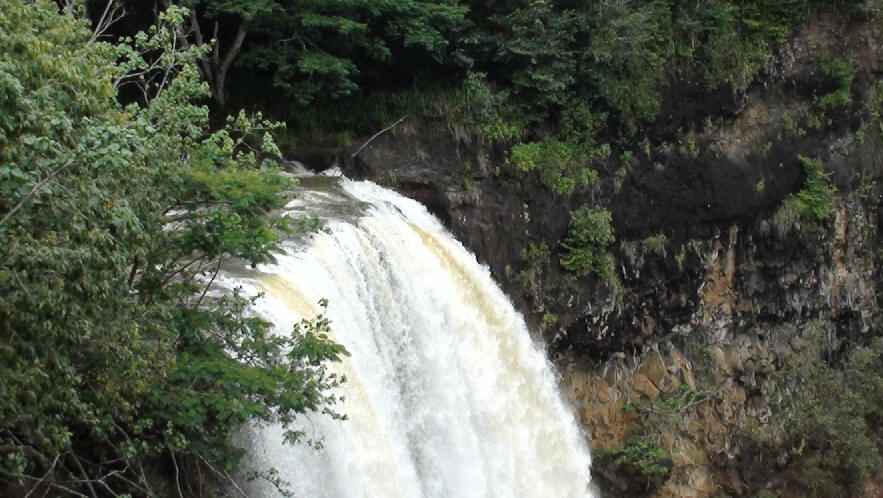 I took the above photo of Waialua Falls near the town of Kapa'a on Kauai, Hawaii 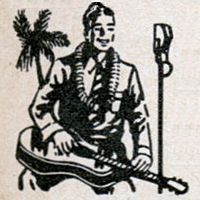 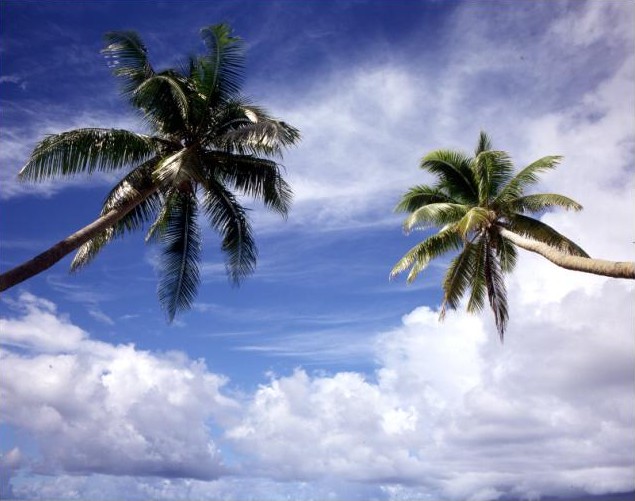 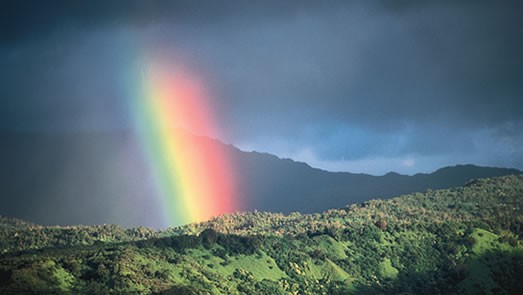