What Type Of Effects Does Lloyd Green Use?

I am grateful for Lloyd's information shared via the Steel Guitar Forum in November of 2009. Lloyd says:

The “effects” you allude to in those occasional utubes are this. I was playing through a Lexicon PCM 41 digital delay.

It was rather bulky (and expensive) and fit in the rack you see in the videos. I only used the Lexicon for live events and would never dream of playing thru such a device for recording sessions. Then, as now, I use my steel and my Fender Twin with a 15" JBL speaker and for a period of time in the late 1970s and early 1980s, a Peavey Session 400. Nothing else for sessions.

I now use a small RV3 reverb/digital delay for the rare live gigs I play. Again, the singular reason I would play with one is the desire to get a little broader spectrum (i.e. studio) sound. However, I think I probably sounded better live before the advent of those additions when it was just a steel and amp, when it was just me and the music. And they don't nearly approximate the studio sound. Frankly, I was never very comfortable with the “additions” as you can see from the constant manipulations of the unit. Plus, they did alter my sound in a negative way, subtracting from the natural sound to a more artificial one. Of course, they do that in the studio, don't they! But it sounds better.

While the Peavey Profex contained my “sound” I never used one in a professional situation.

Thanks for the question and curiosity. I hope this clarifies the what and why of those units in my case.

I bought my Boss RV-3 pedal at: BuyVintagePedals.com

Please note if you haven't used the Boss RV3 pedal that, in my humble opinion, the Boss DD3 delay pedal works JUST AS WELL!!! The ONLY difference is that the RV3 has built in (non-adjustable) reverb, but if your amp has a good spring reverb, that is all you need. When I tried the RV3 pedal for the first time, I didn't hear the angels singing. It's just an effect pedal. It didn't sound any better than my DD3 and Evan's FET 500 amp playing out through a 15" Black Widow speaker. I also have a very old Session 400 with a 15" JBL speaker that sounds great. You definitely want a 15" speaker for bottom end and a sweeter tone!

Here's how I set my BOSS DD3 delay stompbox for slower songs like "Making Believe":

Effect Level: 12 o'clock
Feedback: 9 o'clock
Delay Time: between 2-3 o'clock
Mode: 800 milliseconds
I place my delay AFTER the volume pedal to the amplifier.

*Keep in mind that a steel player's effect settings will VARY with circumstances (type of guitar, type of amp, size of room, volume of performance, positioning before or after the volume pedal, et cetera. To me guitar effects are like driving a car. I had a great teacher, where I grew up in Chicago. A friend took me to an empty parking lot after it snowed. I did 360's in the snow, slamming on the breaks, swerving out of control, all to get a “feel” for the car. You control the car, you don't let the car control you. That really helped remove any fear of driving. Likewise, you control the effects, don't let them control you! The same with your steel, TAKE CHARGE!

Lloyd's superb sound comes from him more than anything else. Nothing can replace experience. I've learned to listen very carefully to what Lloyd is playing. Oftentimes when I think I've nailed it, I'm way off mark. Also, even though something that you play may sound great, try to learn first to play exactly what Lloyd is playing. I've learned this: If what you're playing doesn't sound like what Lloyd's playing, you're doing something wrong in your technique and/or or timing. I get tired of hearing older pedal steel players discouraging the younger players by continually reminding them that, “You're not Lloyd Green!” Kindly, “Oh shut up!” Lloyd's just a man, and if he can do it, then so can anyone else too! You've got to work at it diligently. Half the battle is knowing WHAT TO PLAY, and hopefully my tabs will help you in that area. I know my tabs come close, but obviously they're not 100% all the time. I'm tying though!

A fan present during Lloyd's 2001 performance at the International Steel Guitar Convention in St. Louis observed the following:

Lloyd also set the Peavey Nashville 1000's on stage at:

Lloyd places the RV-3 unit after the volume pedal, before the amp. What a tone!!! 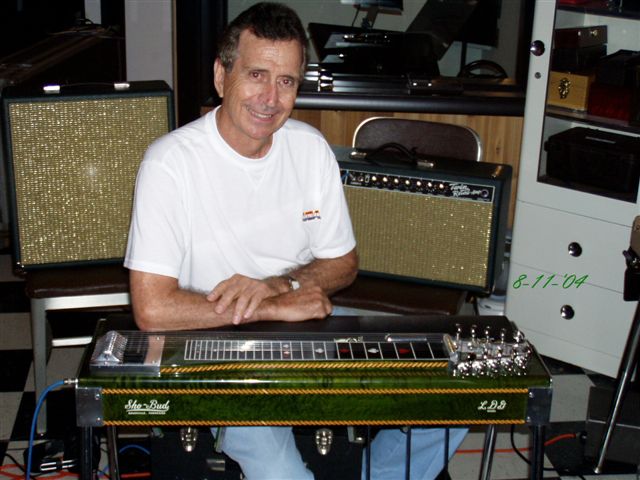 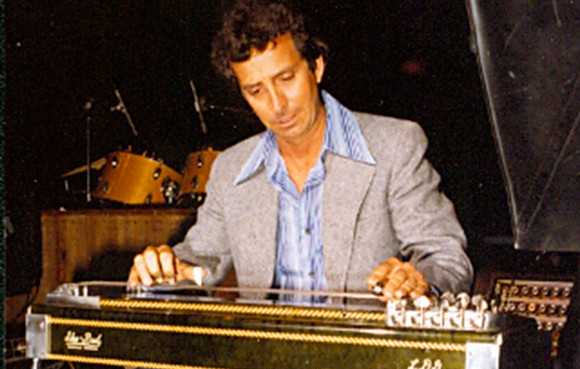 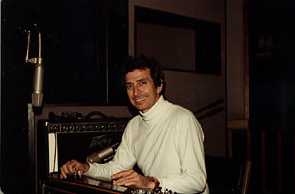